If you ever visited a Seventh-day Adventist church or know an Adventist, you’ve probably heard the name Ellen White. If you’re curious about who she was and why she’s quoted by many Adventists and other scholars, then read on. Here are 7 things you should know about who Ellen White was: 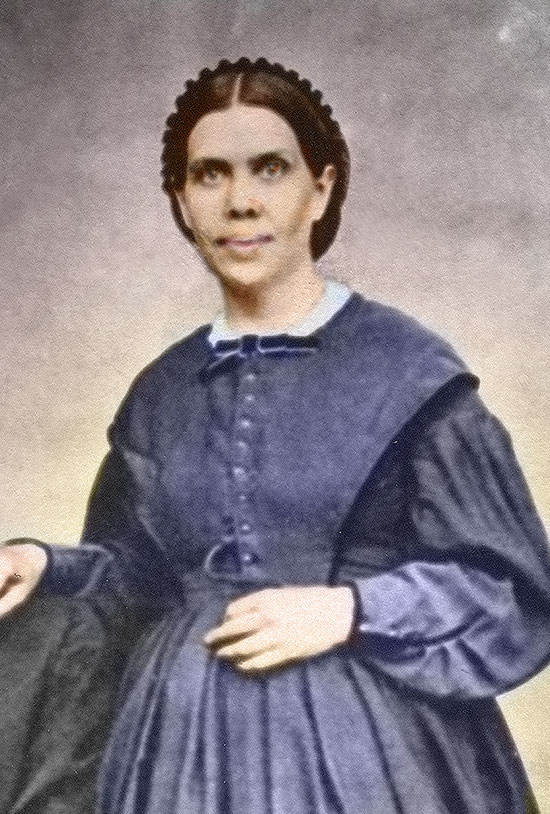 Ellen White loved Jesus Christ. From a young age, she had given her heart to Jesus and was baptized at the age of 14, into the Methodist church. During the years of 1840 and 1842, Ellen White and her family accepted the views of William Miller, who believed that the second coming of Christ would occur on October 22, 1844. After being disappointed that Jesus did not return, Ellen White continued to trust God, even though many abandoned the faith and hope of Christ’s return.

All throughout her writings, she continues to point to God and His great love for man. She reiterates that we can only find salvation through Jesus and that His grace allows us to live godly lives.

Her life was a reflection of her love and devotion to Jesus Christ and His Word. Her writings and mission demonstrated the life and work of a Christian. As a result of her ministry and pioneering work, she helped with the establishment of the General Conference of Seventh-day Adventists. Though the number of members was small at the beginning, today, there are over 20 million Seventh-day Adventist Christians worldwide.

Ellen and her sister Elizabeth were born on November 26, 1827. As a child, she took part in household chores and helped her father make hats. She was a regular child with bright dreams for the future.

Things changed for her and her family when at the age of nine, she was struck in the face by a stone. Despite the physical challenges she would face as a result, she loved her family and played an integral role in the daily running of her family home.

During the early days of the Seventh-day Adventist church, many ministers became sick because they overtaxed their bodies and didn’t pay close attention to their diet. In 1863, Ellen White saw visions where God carefully and lovingly relayed to His people the need to care for their bodies. As a result of the vision, Ellen White and other church members learned that God wanted them to be healthy and He provided laws that would help them develop healthy habits. Ellen White began to speak and write about the benefits of a healthy diet, breathing clean air, basking in sunlight, moderate exercise, and drinking pure water.

As Seventh-day Adventists began to put these guidelines into practice, the change was remarkable. Today, scientists and researchers have identified Adventists as a people group who live the longest. This is attributed to the health practice of members.

Ellen White was a woman whose heart was filled with affection and love. This was demonstrated through her marriage and partnership with James White, whom she married in August 1846.

During the early weeks of their marriage, Ellen White became ill to the point that she requested no more prayers to be made on behalf of her life. However, God spared the young bride and for 35 years, she worked tirelessly with her husband to share the message of God’s love.

For Ellen White, the ministry of a wife was not to be taken lightly. She described the role of a wife as equally important to that of her husband. But she was not spared the pains of life. James White passed away in Battle Creek in 1881. While at the funeral service of her husband, she committed herself to continue the work of sharing God’s love.

Ellen White believed that the work of a mother was the noblest and loftiest of all work. She declared that the mother was equal to her husband and was the “Queen of the Household.” She revealed that “A king on his throne has no higher work than a mother.”1 Through her writings, Seventh-day Adventists came to understand that God’s calling on mothers was a sacred and holy work. She advised church members that mothers should be regarded as queens whose work it was to guide and give useful direction, and not as slaves. By the Holy Spirit’s leading and through her own experience as a mother of four sons, she counseled mothers to partner with Jesus daily in order to fulfill her “grand and noble” work as a mother.

Grief would strike her home when her youngest son Herbert died being only a few months old. Finding grace in God, she continued the work with her husband and remaining sons.

Ellen White strongly believed that God wanted His people to be educated people. She advocated for institutions that would practice true education—a form of training that prepared young minds to be citizens of the world and citizens of heaven. Through inspiration, she advised that Seventh-day Adventist institutions should prepare students physically, mentally, and spiritually.

Bible schools were erected and Adventists youth were trained in areas of health, spirituality, academics, and manual labor.

She believed that printed publications were a means through which many would be educated, and so she played a huge role in helping to establish printing presses—one of the first publishing houses being in Battle Creek, Michigan.

During a time when segregation and racism permeated society, Ellen White counseled church leaders to provide opportunities for African-Americans to be educated and reached with Bible truth.

Though society largely ignored the education of African-Americans, Ellen White propelled the church to make the necessary efforts for God’s people in the South to receive education, despite the way society regarded them.

Her son, James Edson White, played an integral role in missions to African-Americans in the South. She advocated and gave her support for the establishment of an Adventist HBCU (Historically Black College and University), Oakwood College, in Huntsville, Alabama.

By the time of her death, her writings included more than 5,000 periodical articles and 40 books. Through her work, she addresses matters of education, social relationships, evangelism, prophecy, publishing, and mental and physical health. With every line, she skillfully and purposefully guides the reader back to Christ.

Though her formal schooling ended at a young age due to an accident, the Holy Spirit blessed her ministry in such a way that millions have been blessed by her writings. Her most notable work, Steps to Christ, has been translated into more than 140 languages. Her book The Great Controversy has helped many people understand the current events taking place in the world and how it will all end. Other writings were compiled as she explained visions and prophetic insights that she received from God. Her ministry helped Seventh-day Adventists lay their foundation on Christ alone.

Though she was a gifted author and received special revelations from God, her writings are not equal to the Bible. Her writings are a “lesser light pointing to a greater light.”

There’s no doubt that there are individuals in the world who have been endowed with gifts and special abilities that have helped humanity. We can think of talented musicians whose pieces continue to flood our hearts and minds with the beauty of music. Consider gifted artists who use superb skills to capture the wisps of imagination and portray it in the most beautiful way on a canvas. There are events that allow individuals to put their physical strength on display before the world, stunning spectators with a marvelous demonstration of human power.

Now think about persons who receive special revelations or messages from God. We also refer to these as visions.

In the Bible, God says:

“I will pour out My Spirit on all flesh; your sons and your daughters shall prophesy, your old men shall dream dreams, your young men shall see visions” (Joel 2:28, NKJV).

In 1 Corinthians 12, Paul the Apostle describes various gifts that God will give to believers so that the church will be edified. One of those gifts is the gift of prophecy (vs. 10).

Like someone who is given the gift of healing or the interpretation of tongues, Ellen White was given a prophetic gift. Her gift, as with others gifts, is used to glorify Jesus Christ and draw the church closer to Him.

Based on this gift of prophecy, many Seventh-day Adventists call Ellen White a prophet, although she never claimed the title for herself. Her writings are commonly referred to as the Spirit of Prophecy.

In our Western culture, we are sometimes spooked by words like “visions” or “messenger” or “divine revelation.” But as we study God’s Word and experience His love on a daily basis, we will find that He is always ready and willing to teach us more about who He is. We are cautioned to “not believe every spirit, but test the spirits to see whether they are of God because many false prophets have gone out into the world” (1 John 4:1, NKJV).

This means that we should examine a person who claims to receive visions from God. We should test their words or visions against the Bible and if anything is contrary to God’s Word, we should disregard it. In the writings of Paul, we are told that if a person preaches “another Gospel,” God’s curse would fall on that individual (Galatians 1:8).

Ellen White undoubtedly had an impact, not only on the Adventist church but on Christian history. While learning more about her life would fortify a Christian’s faith in God, it is the study and emulation of the pure and perfect life of Christ that will bring salvation.

Ellen White was by no means void of human flaws and mistakes. She had weaknesses and suffered like we all do on this side of Heaven. We can find comfort in this fact because if God could use a woman like Ellen White who had challenges, He could use any of us. 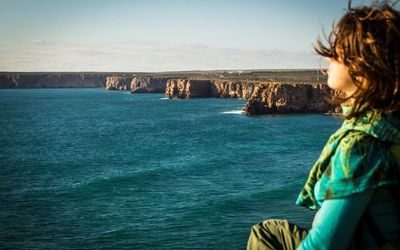 Ellen White and the Sabbath

Ellen White and the SabbathThe Sabbath is an important topic in the Seventh-day Adventist Church. It shouldn’t surprise you, then, that Ellen G. White, a co-founder of the church, studied the Bible’s teachings on the Sabbath and wrote large amounts about it.  Her love... 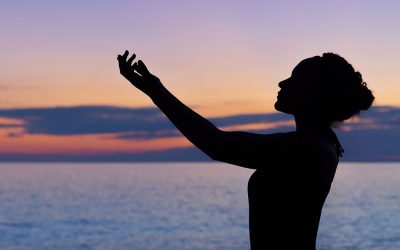 Ellen White and the Great Controversy

Ellen White and her book, The Great ControversyThe Great Controversy is one of Ellen G. White’s most valued books by Seventh-day Adventists. It connects Bible prophecy with post-biblical history and discusses the factors that will characterize last-day events.  In...

Who is Ellen G. White and Why is She Important to Adventists?Ellen G. White was one of the key co-founders of the Seventh-day Adventist Church. And though she lived most of her life in the Nineteenth century, she’s still making a revolutionary impact on millions of... 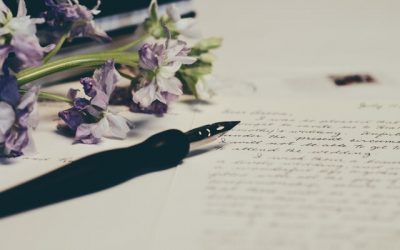 The New Testament upholds prophecy as a spiritual gift that will continue to the end of time (Ephesians 4:11–14). Seventh-day Adventists believe that Ellen G. White (1827–1915), a humble woman of God and an earnest student of the Bible, demonstrated this gift of the Holy Spirit through visions and prophecies she received. 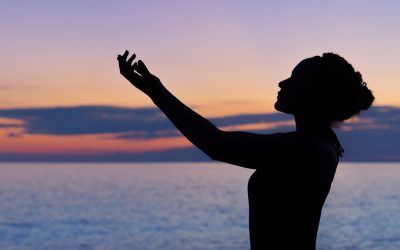 What Was Ellen White’s Role in the Adventist Church?

Ellen White has been a key figure in the Seventh-day Adventist Church from its very beginning. Following the Holy Spirit’s leading at a young age, she dedicated herself to studying Scripture and became involved in the Advent Movement. 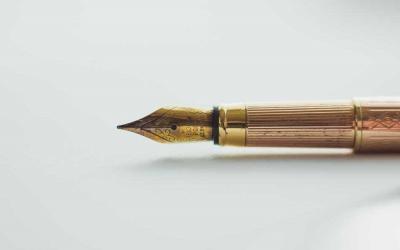