What Do Seventh-day Adventists Believe about Unity in Christ?

Seventh-day Adventists believe in the Christian idea of unity. The idea of believers in Jesus being united with a common goal of representing God and His love to the world. This unity doesn’t mean uniformity or loss of identity and individuality but rather, believers fitting together like puzzle pieces to serve a greater purpose.

This post will cover what the Bible says concerning:

This belief is one of the Adventist fundamental beliefs which reads:

“The church is one body with many members, called from every nation, kindred, tongue, and people.

In Christ we are a new creation; distinctions of race, culture, learning, and nationality, and differences between high and low, rich and poor, male and female, must not be divisive among us.

We are all equal in Christ, who by one Spirit has bonded us into one fellowship with Him and with one another; we are to serve and be served without partiality or reservation.

Through the revelation of Jesus Christ in the Scriptures we share the same faith and hope, and reach out in one witness to all.

This unity has its source in the oneness of the triune God, who has adopted us as His children.” 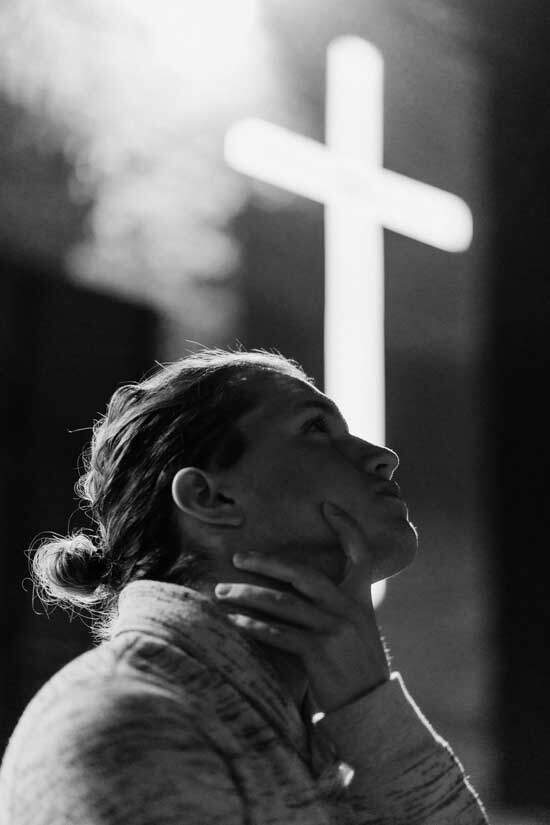 Anyone who knows about Christianity understands that the death of Jesus on the cross is the central tenet of the faith.

And one of the reasons that Christ died was for us, because we—as human beings—are all sinners. We have all violated God’s holy law , and we’re equally condemned.

We are not inherently good.

Just look back at world history, one war, coup, or manipulation after another. And this is all because of what happened in the Garden of Eden with Adam and Eve. Since then, it has been our human nature to sin. To argue with our parents or with our children. To think negatively about our neighbors.

On our own, we are not good. But with God? Oh, friends. With God, we are incredible.

And it is precisely for this reason that Jesus died for everyone in the world as well. To bring us back to our true nature and to the way things were supposed to be in the beginning.

Because God created us all to be like Him.

“So God created man in His own image; in the image of God He created him; male and female He created them” (Genesis 1:27, NKJV).

“And He has made from one blood every nation of men to dwell on all the face of the earth, and has determined their preappointed times and the boundaries of their dwellings” (Acts 17:26, NKJV).

We were created unified and in God’s image.

Now? Now, we are unified in our struggle against sin and selfishness. Not even one person on Earth is righteous (Romans 3:10).

But remember, beyond our sinfulness is our Savior who died for all of us—anyone who is willing to accept His gift of salvation.

“But we see Jesus, who was made a little lower than the angels, now crowned with glory and honor because He suffered death, so that by the grace of God He might taste death for everyone” (Hebrews 2:9, NKJV).

“Taste death for everyone.”

Christ did not die for one group of people, He died for everyone. For everyone who has ever lived or who will ever live.

No one is left out.

That is where unity in Christ stems from.

What Do Adventists believe about how to live out this unity in Christ? 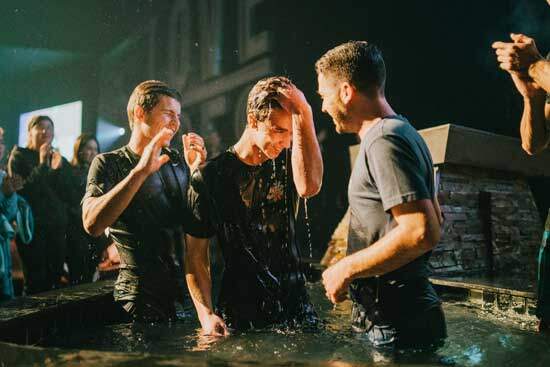 Adventists follow the example of unity in the Bible. Scripture says there is only one great distinction in humanity.

It is not race, nationality, color, gender, wealth, or status.

It is whether or not one accepts Jesus as Lord and Savior.

What does “One in Christ Jesus” mean?

It means that in Jesus all distinctions are, in a sense washed, away in the commonality that believers have in Jesus.

This is a commonality that distinguishes them from the rest of the world, while uniting them in Christ.

This is precisely why the Adventist church’s fundamental belief reads, in part: “distinctions of race, culture, learning, and nationality, and differences between high and low, rich and poor, male and female, must not be divisive among us.”

When we accept Christ as our Savior, we become a whole unit, working together to share the love of God.

This doesn’t mean, however, we become robots. This doesn’t mean we morph into a clone of a believer. It means we’ve joined the team. We work toward the common goal of sharing Christ with the whole world.

And that can only be accomplished through a team of like-minded believers using their own specific skills, talents, experiences, and cultures to spread the Gospel to the whole world.

What about divisions that arise among Christian groups? 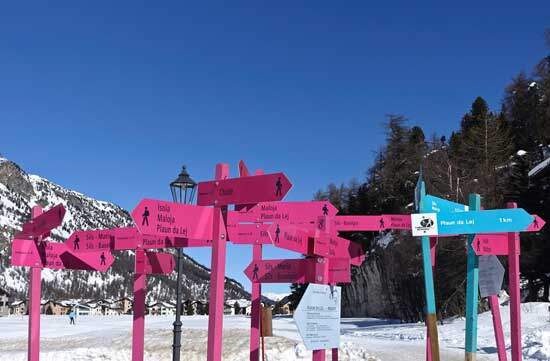 Adventists believe, because of the history of Satan’s divisive character, he is the one who causes division among believers.

There are thousands, perhaps even tens of thousands, of various organizations claiming to be Christian.

Where does one even begin?

And not only is Christianity divided, but much of modern European history—from the 1500s to the 1700s—was based on various Christians warring against each other.

And this is Christian unity?

But first, remember the reality of the great controversy between good and evil.

There is a literal devil who hates Christianity and the followers of Jesus, and he seeks to destroy them.

“Be vigilant; because your adversary the devil walks about like a roaring lion, seeking whom he may devour” (1 Peter 5:8, NKJV).

And what better way to seek to destroy than to divide?

Satan has surely caused this great division, even among God’s people. But his efforts to completely destroy the church failed.

This isn’t surprising because Jesus said the church would remain.

“And I also say to you that you are Peter, and on this rock I will build My church, and the gates of Hades shall not prevail against it” (Matthew 16:18, NKJV).

Even while the first apostles were still alive, disunity and disruption within the church arose.

The apostle Paul, for instance, already had to deal with false doctrine and division within the church.

“I marvel that you are turning away so soon from Him who called you in the grace of Christ, to a different gospel, which is not another; but there are some who trouble you and want to pervert the gospel of Christ” (Galatians 1:6-7, NKJV).

In fact, Paul also warned that one day there would be a great “falling away” in the church. This would be a time of apostasy, which implies division and controversy within Christianity. And we all can testify there’s been plenty of division.

By knowing and understanding this struggle of division we all face, we can be more equipped to challenge it and stand united in Christ.

The benefits of Christian unity 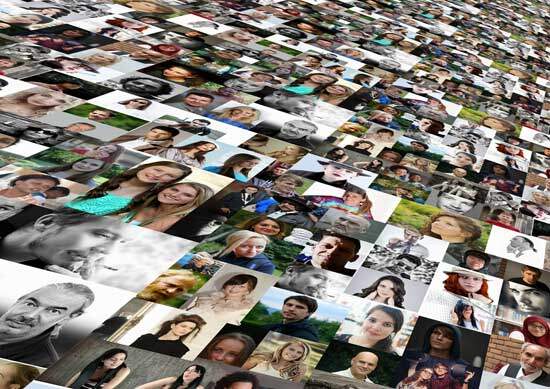 Adventists believe that unity in Christ is achieved when Christains embrace and celebrate our diversity. In the Adventist church alone there are more than 21 million members, in roughly 213 countries, which makes it an exceedingly diverse church.

And, yet, despite the political, ethnic, economic, and national differences in the Adventist church, it is a unified structure.

This church demonstrates a unity that has made it possible to minister to the needs of a fallen, hurting, and broken world by creating an incredible number of churches, schools, hospitals, medical clinics, publishing houses, and other institutions all over the world.

And all these have been dedicated to preaching the Gospel of Jesus Christ.

For Adventists, the key to their unity comes from many texts in the Bible, including Jesus’ own words before He died on the cross.

“I do not pray for these alone, but also for those who will believe in Me through their word; that they all may be one, as You, Father, are in Me, and I in You; that they also may be one in Us, that the world may believe that You sent Me. And the glory which You gave Me I have given them, that they may be one just as We are one” (John 17:20-22, NKJV).

And though the unity of all who believe in Jesus has not yet been realized, the unity that Jesus talked about here has established the foundation for existence and mission of the Adventist church.

Fostering unity among believers of Jesus 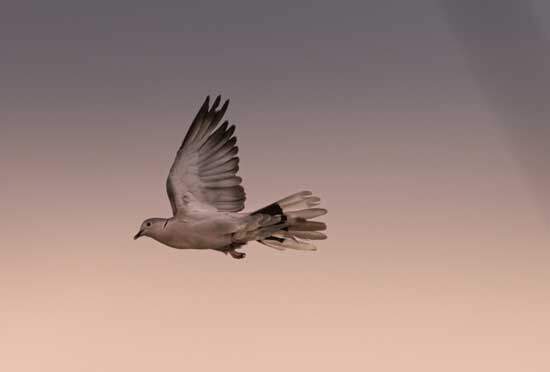 Key to the whole notion of unity in the church is the work of the Holy Spirit, and specifically, His work in our lives that shows us the importance of acting as one unified body of believers.

“The Holy Spirit is the moving force behind church unity. Through Him all believers are led to the church.”1

Paul listed the basic elements that make up this unity created by the Holy Spirit:

“There is one body and one Spirit, just as you were called in one hope of your calling; one Lord, one faith, one baptism; one God and Father of all, who is above all, and through all, and in you all” (Ephesians 4:4-6, NKJV).

“Now may the God of patience and comfort grant you to be like-minded toward one another, according to Christ Jesus, that you may with one mind and one mouth glorify the God and Father of our Lord Jesus Christ” (Romans 15: 5-6, NKJV).

“Now I plead with you, brethren, by the name of our Lord Jesus Christ, that you all speak the same thing, and that there be no divisions among you, but that you be perfectly joined together in the same mind and in the same judgment” (1 Corinthians 1:10, NKJV).

But remember this unity in Christ does not mean uniformity.

And when these gifts are surrendered to God and used to glorify Him, they can be a great blessing not just to different church members, but also to the world.

Paul used the metaphor of the church to express the idea of this great unity in diversity.

“The human body has many parts, but the many parts make up one whole body. So it is with the body of Christ. Some of us are Jews, some are Gentiles, some are slaves, and some are free.

But we have all been baptized into one body by one Spirit, and we all share the same Spirit. Yes, the body has many different parts, not just one part.

The idea is that just as hands, or eyes, or feet cannot keep the whole body running without each other, so does the church also need different people with different gifts to keep it functioning properly.

What does it mean for Adventists to be Unified Today? 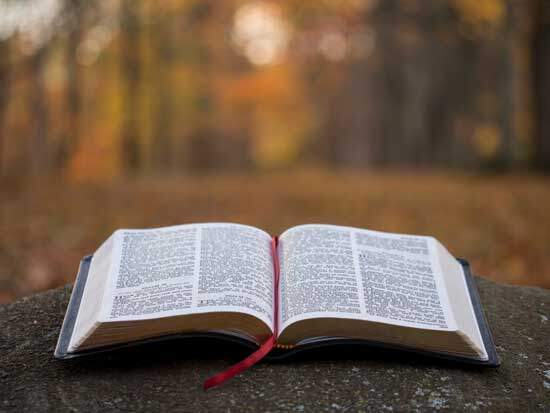 Adventists are united in a special way by their shared beliefs.

Though Adventists share many beliefs with other Christians, there are some beliefs that differ from other Christians churches, such as the Sabbath, the literal battle between Christ and Satan, the state of the dead, Christ’s ministry in the heavenly sanctuary, the return of Jesus, and the fate of the lost.

These are beliefs that are unique to the Adventist church.

More than anything else, it is the unity found around these teachings that makes the Adventist church distinctly what it is.

With Jesus as the foundation of their beliefs, Adventists pursue their common mission, which is to preach the Gospel to the world ( Matthew 28:16-20, Revelation 14: 6-12).

Only then will we all be able to form the basis of unity in Christ.

Would you like to learn more about the mission of spreading the Gospel? Join a Bible study today!